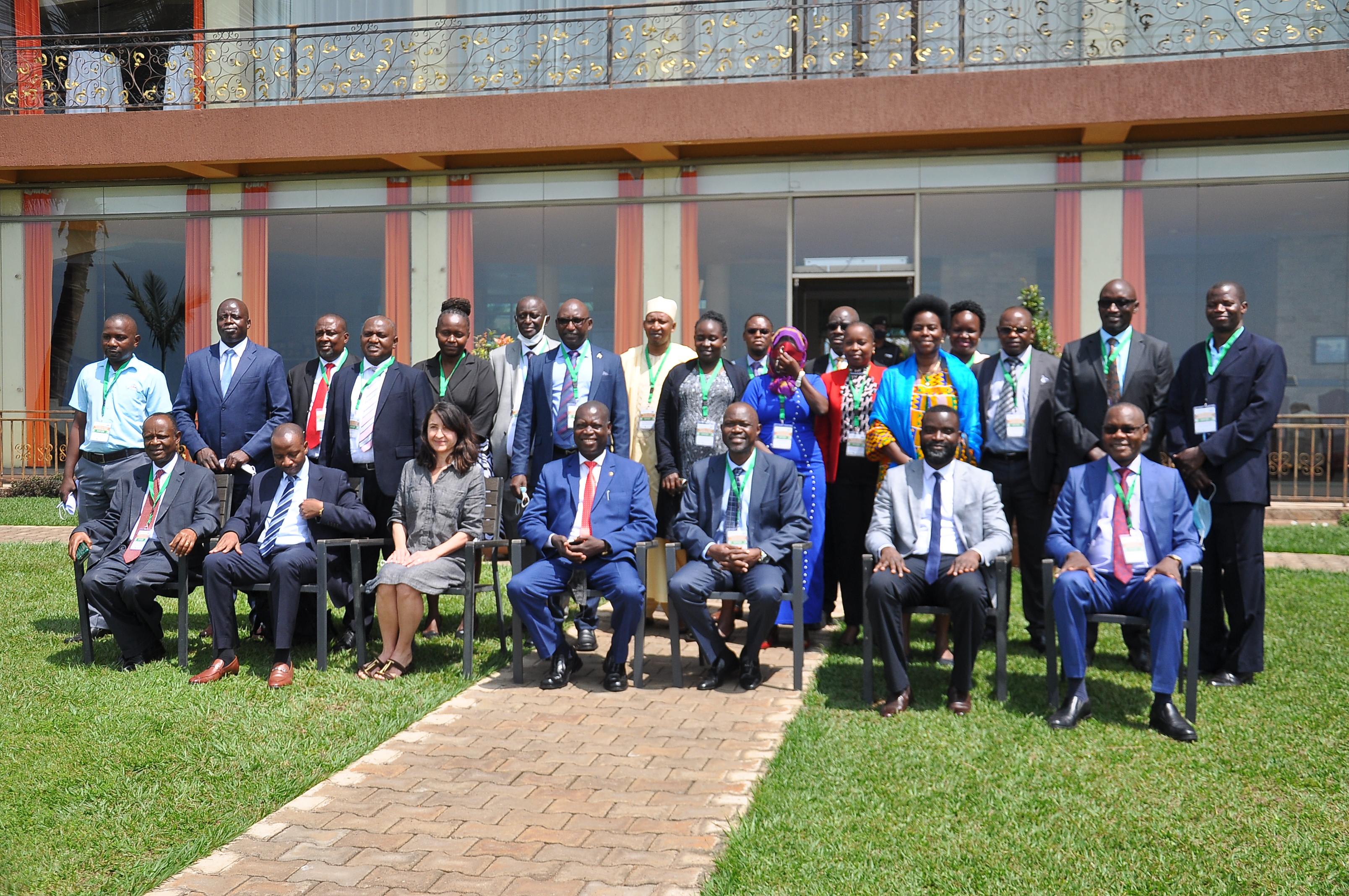 Uganda, through the Uganda National Bureau of Standards (UNBS) has officially assumed office as the new Coordinator for the Food and Agriculture Organisation / World Health Organisation (FAO/WHO) Coordinating Committee for Africa (CCAFRICA), taking over from Kenya.

This follows the appointment for the period 2020 to 2022 by the Codex Alimentarius Commission (CAC) during its 43rd meeting held virtually in November 2020.

“To date, 1,082 Uganda Standards have been developed in the area of Food and Agriculture and these provide requirements for ensuring quality and safe food. The availability of food standards has enabled Uganda to develop its Quality infrastructure, which has subsequently helped to penetrate key markets in the various food sectors.” Mr. Ebiru added.

He revealed that of these 1,082 standards, 150 are directly adopted from Codex including reference to the Codex online database for Pesticides to support testing of Maximum Residue Limits in different commodities prior to placement on the market.

The Under Secretary in the Ministry of Trade, Industry and Cooperatives representing the Permanent Secretary, Mr. Alfred Oyo Andima officially opened the three days meeting and pledged government’s support towards food safety initiatives to ensure public health and fair trade.

Addressing the delegates at the meeting, Ms. Awilo Ochieng Pernet, the Former Chairperson of CODEX Alimentarius Commission urged the CCAFRICA Member states to build networks with relevant stakeholders to achieve a lasting impact on food safety, public health, wealth and social welfare of the people.

Uganda has been a member of CODEX since 1964 and this is the second time Codex Alimentarius Commission is appointing Uganda to coordinate CODEX activities in Africa, following its first appointment 20 years ago; from 1999 to 2003.

The appointment will market Uganda’s tourism potential and raise awareness of food safety issues through Codex, such as strengthening the food control system in the Country and improving quality and safety of locally traded food commodities, raising the profile of Codex and food safety issues in Uganda, increased public awareness on standards for food products elaborated by Codex, positioning Uganda to have an improved access to regional and international markets for exports of her food commodities and products, foreign exchange earnings for the country and  promotion of the Tourism Industry.

As the new coordinator, UNBS is represented by Mr. Hakim Mufumbiro, the Head of Food and Agriculture Standards Division at the Standards body. He says, the Focus is on strategic penetration of the African Continental Free Trade Area.

“During our tenure as coordinators, great attention will be given to generating regional priorities through a consultative process taking into consideration the coming into force of the African Continental Free Trade Area in January 2021 which is a turning point for the African Continent. Mr. Mufumbiro said.

“Food standards elaborated through the Codex system will be key enablers in facilitating trade in food and agriculture commodities and product across the continent and ensuring that the health of the over 1.3 billion Africans on the continent is protected and beyond.” Mr. Mufumbiro added.

UNBS, which is the Codex Contact Point for Uganda as well as the National Codex Committee (NCC) Secretariat, is one of the Uganda Government’s Ministries, Departments and Agencies (MDAs) at the forefront of the coordination role in Africa.

Other key MDA’s in the process include the Ministry of Health (Chair of the NCC), Ministry of Agriculture, Animal Industry and Fisheries (MAAIF), Ministry of Trade, Industry and Cooperatives (MTIC) and National Drug Authority (NDA). The MDAs are at the frontline because of their central role in food safety.

Others members of NCC include government regulators that are part of the food control system, the Academia/Research institutions, private sector associations, Civil Society Organizations, consumer organizations and industry.

Uganda appreciates the great effort and contribution made by Kenya as coordinators of Codex in Africa for the last 5 years and pledges to build on the momentum generated in the region in order to raise the profile of Food safety and Codex on the Continent.

It should be recalled that Uganda is the only country in Africa, which has co-hosted two CODEX committee meetings in the last 10 years:

As the new coordinators, Uganda will host the 24th CCAFRICA meeting in September 2022 in Kampala physically, that will progress ongoing work in the region among which the draft regional standard for dried meat, draft guidelines for developing harmonized Food Safety legislation for CCAFRICA Region as well capacity building activities supported by FAO and WHO.

CODEX Alimentarius Commission was established by the Food and Agricultural Organisation (FAO) and the World Health Organisation (WHO) in 1963, charged with developing International Food Standards to promote food quality and safety with the aim at protecting consumers’ health and ensuring fair practices in the food trade. It currently comprises of 189 members, which include 188 member countries and the European Union.

The Uganda National Bureau of Standards (UNBS) is a Government Agency responsible for the Developing, Promotion and Enforcing of National Standards in order to protect the Health and Safety of the Public and the Environment against Harmful and Sub-Standard Products.